An interview with Amy Lennox…

Out of all of the voiceovers you have done what has been your favourite and why?

Would have to be a radio ad for Matteson’s smoked pork sausages – it was terribly rude and we had lots of fun in the recording studio finding different ways to get away with all the sexual innuendos – unfortunately the ad was banned due to a series of complaints! – Teehee!

What’s your greatest achievement to date?

Hmmm well I’ve managed to pay my rent being an actress for the last 7 years….I’m told that’s an achievement!

What are your hobbies?

My hobbies have always been acting, singing , film, theatre and music.  I am however very interested in animal welfare and I support a wonderful charity called Compassion for World Farming who’s primary goal is to put pressure on other E.U countries to raise their farming standards and to have the animals treated with the upmost respect during their lives.  Whenever I have any free time, I spend it with my dog Archie  – going on long walks together – I love spending time in the countryside with animals..it’s the best thing ever!

If you could voice any character from any film past or present who would it be?

Merida from Brave (because she’s a fiery Scot just like me!)

What music do you listen too?

I listen to a wide variety of music depending on what mood I’m in but I’m always in the mood for Jamiroquai! – Jay Kay can do no wrong in my eyes.

Tell us something we may not know about you.

I am a Trekkie and proud! I have loved Star Trek for as long as I can remember. (Jean Luc Picard being the ultimate Captain of the Star Ship Enterprise!)

Name an actor/actress who you consider to have an interesting or unusual voice.

Since I’ve just mentioned him…Sir Patrick Stewart is a favourite of mine – he has such a striking voice – so grounded and rich with that Classical Actor sound but there’s still a hint of Yorkshire in there ..Love it!

That’s a tricky one…”Up” is definitely one of them.  Even though the first 15 minutes are utterly heartbreaking, I think it’s the most beautiful and heartfelt story.

“Animals should not require permission to live on Earth.  Animals were given the right to be here long before we arrived.” Dalai Lama

What’s your favourite film and why?

Depends on the genre…I’m a huge fan of the Godfather trilogy..the acting is top class, the way its shot is perfection – That’s how you make a film!

I recently re-watched Amelie starring the beautiful Audrey Tatou.  The French have this stunningly original way of portraying the quirky elements of life. There’s a lovely childlike quality to this film and the characters are just wonderfully interesting and entertaining.

You can listen to Amy’s new reel here. 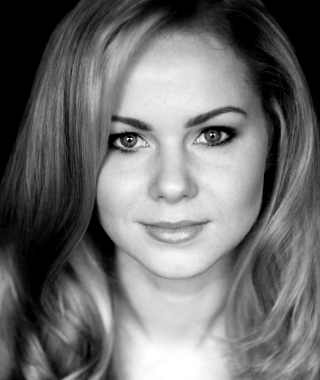