Harvey Voices are delighted to welcome the talented Andrew Alexander to their team.

Andrew currently plays the lead role in the Tony/Olivier award winning comedy The 39 Steps in the West End.

Andrew was a member of the Sony BMG recording group Teatro. Their eponymous album was recorded with the Royal Philharmonic Orchestra and achieved gold record status and number 1 chart positions around the world.

Andrew has worked extensively in the theatre. Some of his credits include ‘Nanki-Poo’ in ‘THE HOT MIKADO’, ‘Nigel’ in ‘SALAD DAYS’, ‘Prince Charming’ in ‘SNOW WHITE AND THE SEVEN DWARFS’, ‘Beast’ in ‘BEAUTY AND THE BEAST’, ‘Hotspur’ in ‘HENRY IV’ and ‘Chiron’ in ‘TITUS ANDRONICUS.’

He also co-wrote and starred in a new adaptation of BOX AND COX at the Hen & Chickens Theatre.

If you would like to book Andrew for voiceover work please contact Emma Harvey or Emma Donaghy on 02079524361. 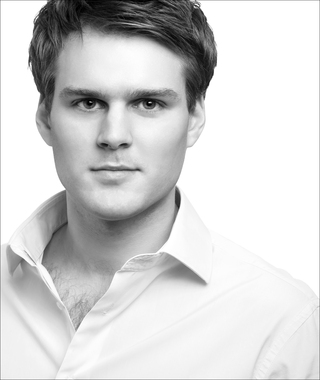