A Quick Catch Up With Duncan James…

Duncan James is best known as being one quarter of the successful boy band ‘Blue’. As well as working on several presenting projects and taking on a number of acting roles over the years, Duncan is a competent voiceover artist.

With a naturally charismatic, warm and neutral accent, Duncan has an effortlessly relaxing, soothing tone. He can also lend his voice to a more authoritative or smouldering read.

Duncan has provided the voice for various radio campaigns for clients such as ‘National Cash Advice’ and ‘Arriva’. He’s worked on a projects from ‘Mercedes-Benz’ to Andrew Lloyd Webber.

Blue first gained chart recognition in 2000 with their single All Rise. The band formed of Duncan, Lee Ryan, Anthony Costa and Simon Webbe had a string of top ten hits and several sell out tours worldwide. At the height of their career they collaborated with Elton John and Stevie Wonder.

The band reformed in 2009 and featured in ITV’s ‘The Big Reunion’ in 2013 alongside bands including Liberty X, Attomic Kitten and 5ive.

Duncan took part in the 2007 series of ‘Dancing on Ice’ as well as finding the time to play lead roles in hit West End musicals ‘Chicago’ and ‘Legally Blonde’. Popular Duncan is a well loved TV personality, he’s a regular face on shows such as ‘Loose Women’   and ‘This Morning’.

His presenting work includes ‘Hannah-Oke’ on Disney Channel UK, a singing dancing contest based on the popular Disney TV series ‘Hannah Montana’. He also appeared on ‘Celebrity Are You Smarter Than A 10 Year Old?’ raising £10,000 for charity. Duncan presented the 95.8 Capital FM’s ‘Party In The Park’ for the Price’s Trust (2003 and 2004), and ITV2’s coverage of the TV series ‘Soapstar Superstar’.

The Blue boys were recently seen going into the Big Brother house to surprise band mate Lee Ryan during a task (Lee took part in this year’s controversial ‘Celebrity Big Brother’). Duncan said it was a ‘surreal experience’ and the boys were excited to get the chance to go in and surprise Lee.

Now that Lee has rejoined his band mates on the outside world the boys are looking forward to recording new material and going on tour.

Duncan is around and available for voiceover work. To book him contact Caz Shepherd or Emma Harvey on 020 7952 4361 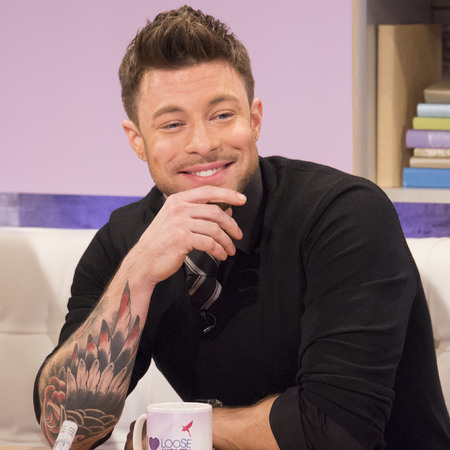