Chris Finney is set to appear in the new CBBC series of ‘Wizards vs Aliens’ starting from next week. Chris will be playing the character of Caractacus Crowe.

‘Wizards vs Alien’s’ sees two worlds collide as young wizard Tom Clarke defends the Earth from Magic-eating aliens! With threats both alien and Magical, and aided by hobgoblin Randal Moon, Tom must keep the Dayside safe from Nekross and Neverside creature alike. – BBC

Chris is a popular voicover artist with a talent for character voices and accents.  Chris provided all the voices inc ‘Russian Raspberry’ for the long-running, hugely popular ‘Vimto: Seriously Mixed Up Fruit’ campaign, and has voiced commercials for ‘Mercedes’, ‘T-Mobile’, ‘Renault’, ‘Uncle Ben’s’ and more.

On screen Chris has appeared in two series of ‘Dead Ringers’ for BBC2 and in ‘Scott & Bailey’ for ITV. He recently played Clive Furness in BBC3’s second series of ‘In The Flesh’.

You can watch ‘Wizards vs Aliens’ on Mondays and Tuesdays at 5pm on CBBC and CBBCHD. 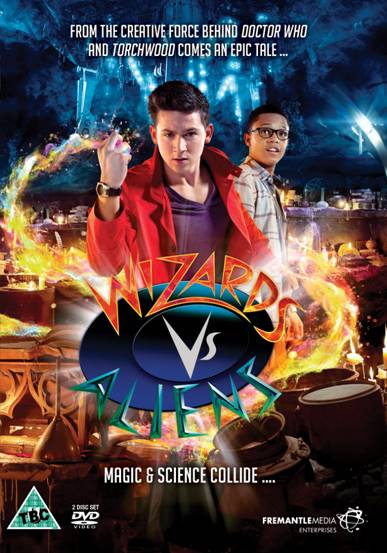