Dominic (or ‘Dom’ as he is widely known) is a popular TV presenter and journalist, regularly writing for publications like ‘The Telegraph and ‘Top Gear’.

Dom first came into the public eye on Channel Fours ‘Fakin It’ in 2001. It was in this programme that Dom used the skills he had acquired from running his own business and successfully trained a vicar to pass as an experienced sales negotiator in one month.

These days Dom is best known for tackling rouge companies with his passion for good customer service. It’s this enthusiasm that has seen him star in ‘Cowboy Builders’, ‘The One Show’, ‘Saints & Scroungers’, ‘Fake Britain’, ‘Beat the Burglar’, ‘Wrong car, Right car’ plus many more.

Dom is also competitive, having taken part in ‘Strictly Come Dancing’ in 2007 and ‘Total Wipeout’ in 2010. Dom’s fitness levels saw him miss first place by just one second. Dom loves to fit in adventure travel and sport in his spare time. He won the celebrity sprint for BBC ONE’s ‘Comic Relief’ and a serious accident in which he once broke his neck hasn’t stopped him from waterskiing barefoot.

We greatly look forward to working with him at Harveys Voices. 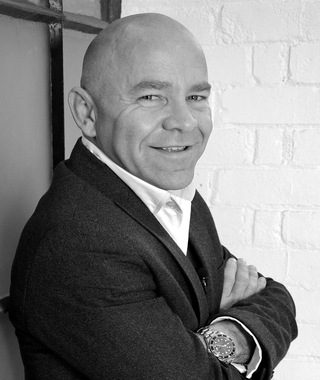