Filming begins for ‘The Hooligan Factory’

This week marks the beginning of filming for ‘The Hooligan Factory’ starring client Jason Maza. Directed by Nick Nevern and written by Michael Lindley, the film is a spoof of violent soccer films like ‘The Football Factory’ and ‘ Green Street’
Jason will lead the main cast alongside Tom Burke and Josef Altin. He will also produce alongside Will Clarke, Andy Mayson and Mike Runagall for Altitude Film. Leo Gregory, Dexter Fletcher and Tony Denham are among of host of actors to sign on for cameos.

Jason plays the role of ‘Danny’ a young man desperate to live up to his estranged father. During his attempts to connect, he falls into a friendship with ex convict and football hooligan legend, ‘Bexxx’.

At 25 Jason has already established himself as one of the most exciting and upcoming actors of his generation. With multiple film projects constantly on the go, he is a man in high demand. Keep up to date with Jason’s ventures at his official website or follow him on twitter.

‘The Hooligan Factory’ is due for release this summer. Keep up to date with the production on their facebook page here.

Jason has bags of confidence with an urban, modern tone and London accent. You can book Jason for voiceover work by contacting us on 02079524361 or emailing info@harveyvoices.co.uk. 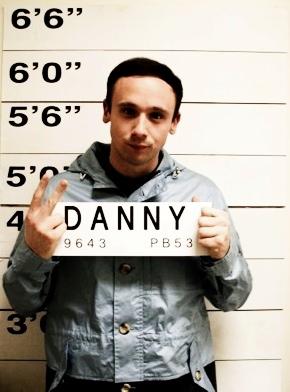