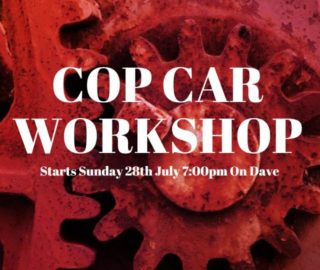 The 10-part UKTV original series follows the car-mad team at Cheshire Police as it builds bespoke vehicles and repair ones that have been out in the field, from cars to lorries and bikes to boats. The series is a mix of dramatic footage of modern-day police work and a human look at the characters in the workshop as they outfit the vehicles with the very latest technology and equipment.

Georgia also voiced characters in the video game Assassins Creed IV. A popular choice for documentaries, she voiced the hugely popular series Lion Country for ITV. She was recently seen in Unforgotten 3 on ITV as well as counts appearances in Casualty, Midsomer Murders, Waterloo Road and feature horror film Steel Trap to her credits.

For more information about Georgia or to listen to her voiceover reel Click Here.