We love to hear what our artists have been up to in general and often enjoy a good natter over the phone with them to see how they’re doing. We did have to giggle when Dale Meeks rang up last week for the sole purpose of telling us an amusing and slightly ironic story…

You may remember the ‘Morrisons’ Christmas campaign that was on the telly a few months back – the one with Ant and Dec and the singing gingerbread man, well Dale was the voice of that gingerbread man.

The advert was one of our personal favourites over in the Harvey Voices office and were so pleased that Dale got the job as he’s such a charismatic character with a lovely singing voice.

Here’s a link of Dale in action https://youtu.be/NceGQq_ZaWg

Fast forward a few months and Dale informs us that his car unfortunately broke down and had to be taken into the garage to fix (minor problem). What he didn’t expect was to receive a call from the garage to say that as the car was being towed into the garage, a ‘Morrisons’ van with Ant and Dec and that very same singing gingerbread man came rolling down the hill and smashed into the car, writing it off! (larger problem).

Thankfully Dale is insured for such an event and found the whole thing hilarious as did we. Hopefully that’s the last of his bad luck for a long time!

In other news, Dale has recently been on our TV screens in the BBC series ‘Inspector George Gently’ as well as a short apparent in ‘The Dumping Ground’ also for the BBC. 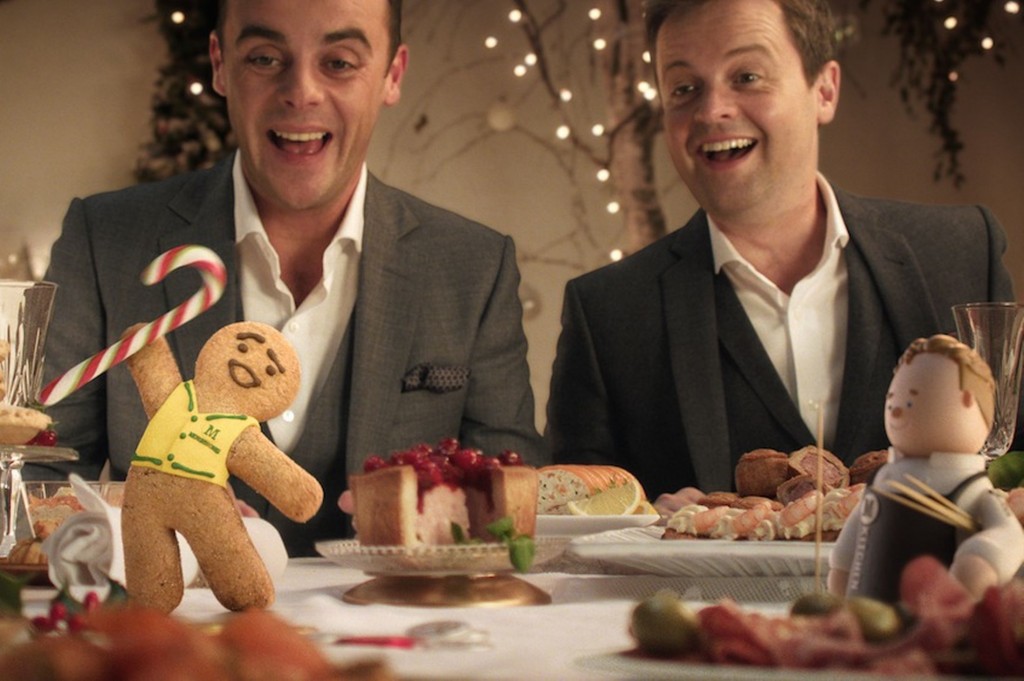