Jason Maza produces and stars in ‘The Knot’

The multi talented Jason Maza has his next film ‘The Knot’ due for release this October. ‘The Knot’ which has already been dubbed as ‘The British Bridesmaids meets The Hangover’ stars Noel Clarke and Mena Suvari.

‘The Knot’ tells the story of an engaged couple and the mishaps that befall them in the run up to their wedding. Jason will play the role of ‘Ralphus’ alongside our lovely Louisa Lytton, who makes a cameo appearance as ‘Stephanie’.

At 25 Jason has already established himself as one of the most exciting and upcoming actors of his generation. With multiple film projects constantly on the go, he is a man in high demand. Keep up to date with Jason’s ventures at his official website or follow him on twitter.

We can’t wait to watch ‘The Knot’ and wish Jason all the best for his next venture with Think Big Productions in ‘The Hooligan Factory’.

You can book Jason for voiceover work by contacting us on 02079524361 or emailing info@harveyvoices.co.uk. 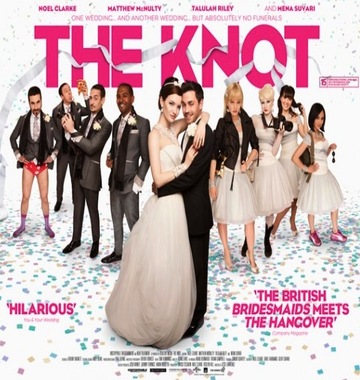