Jennifer Ellison joins cast of ‘Singing in the Rain’

After a successful run playing ‘Paulette’ in ‘Legally Blonde’, Jennifer has proven the strength of her musical talents and is now taking on the role of ‘Lina Lamont’ in ‘Singing in the Rain’.

Ellison said: “Singin’ in the Rain is one of my absolute favorite movie musicals. When I saw the show I left with the biggest grin on my face and a huge spring in my step. Playing any West End role is a thrill and a privilege but to be playing Lina Lamont at the Palace Theatre in this show is pretty much as good as it gets.”

Jennifer will join the cast from February the 18th and the show will run at the Palace Theatre until September.

Jennifer is best known for playing ‘Emily Shadwick’ in ‘Brookside’ and ‘Meg Giry’ in the 2004 film adaptation ‘The Phantom of the Opera’. Jennifer’s voice is familiar, bright and friendly with a strong native Liverpudlian accent.

To book Jennifer for voiceover work contact Emma Harvey or Emma Donaghy on 02079524361 or email info@harveyvoices.co.uk. 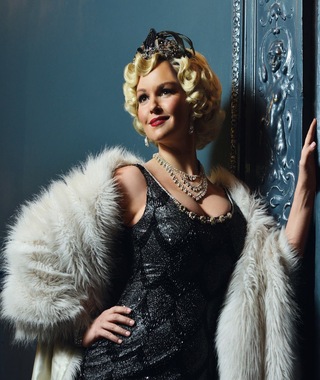