This morning marks the second week of Jon Holmes new breakfast shows at XFM!
Jon is an eight-times Sony Radio and British Comedy Award winning writer. He has been twice nominated for a BAFTA and has won the British Comedy Award three times. Most recently Jon presented his own show on BBC 6 Music. He also co-presents ‘The Now Show’ on BBC Radio 4, where he co-created ‘Dead Ringers and stars in his own series ‘Listen Against’. His TV work includes “Armando Iannucci’s Time Trumpet”,” Top Gear”,” Mock the Week”, “Have I Got News For You” and “Harry Hill”.

Jon says: “Xfm has always been the go-to station for enormous indie music, funny, irreverent broadcasting and the best ballsy entertainment on the radio.The Xfm Breakfast Show is the stuff of legend, and this is where we take it to the next level (which, in accordance with council regulations, has both steps and a ramp).”

Tune in to hear Jon on XFM every weekday morning from 6-10am on 104.9 FM in London, digital and online here.
To book Jon for voiceover work contact Emma Harvey or Emma Donaghy on 02079524361 or email us at info@harveyvoices.co.uk.
Categories: Press
Tags: Jon Holmes 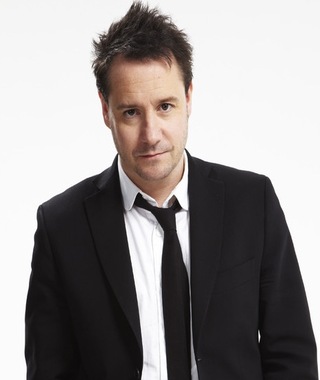