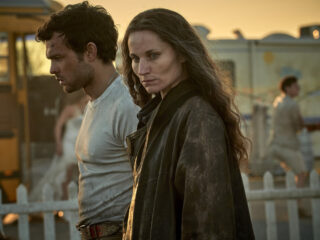 The Sky One series is based on Aldous Huxley’s groundbreaking 1932 dystopian novel. Brave New World set in ‘New London’, a future version of the capital city, imagines a utopian society that has achieved peace and stability through the prohibition of monogamy, privacy, money, family, and history itself. Kate plays rebel gang leader ‘Sheila’.

To book Kate for a voiceover, please contact Emma or Louise on 0207 9524361 or email; info@harveyvoices.co.uk