The documentary is a powerful forensic examination of what happened in those four short years. The series reveals that the Nazification of Germany was as much about ruthless personal ambition and a desire to hold onto power by more moderate politicians as it was about extreme ideology.

Along with dramatic reconstruction and archive footage, historians and experts take viewers inside the heads of the historical characters who were key players. Each episode also reveals one of the many resistance stories, acting as a reminder that there were those who understood what was happening and were prepared to act. The first episode will be aired on 2nd September on BBC 2.

Kate recently starred in Victoria and as Nancy Birch in Harlots. She also featured in Philomena and was seen on stage in Ugly Lies the Bone, King Lear, 50 Years on Stage, London Road, Love’s Labour’s Lost, all for The National and in the much acclaimed production of Medea at The Almeida Theatre.

For more information or to book Kate please email: info@harveyvoices.co.uk 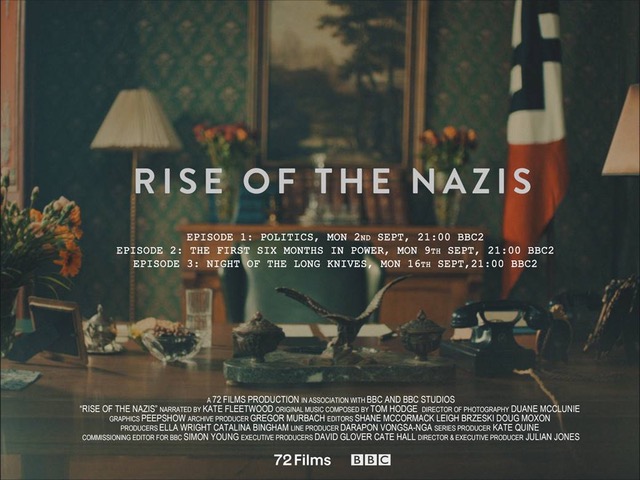