We are delighted to welcome the multi talented Lorna Brown to our books.

After graduating from the Central School of Speech and Drama, Lorna landed her first leading role in the acclaimed Caribbean musical ‘Once on this Island.’ Since then she’s been in theatrical productions ranging from The RSC’s  ‘TRADE’   to the multi award winning American play ‘Clybourne Park.’

She is currently appearing as Lidora in The National Theatre’s  ‘Damned by Despair’.

Her TV experience is equally varied, playing parts in several series including an 11-episode special of ‘The Bill’ to celebrate their twenty fifth anniversary.

Her talents also extend to comedy roles, she’s played the caring counsellor in ‘The Catherine Tate Show’, the   dutiful Assistant in  ‘French & Saunders’, the miserable check-out girl in ‘The Ronnie Ancona Show’, the mean care worker with Catherine Tate in  ‘Nan’s christmas Carol’ and the baffled Mrs Hartson in ‘Outnumbered’.

Lorna was nominated for Best supporting actress in the Danish equivalent of the Oscars, for the role of ‘Lilly’ in the feature  film ‘Lille Soldat’. Released by Zentropa films  in Denmark, it also  won The Ecumenical prize at the Berlin film festival.

Whilst acting is her first love, she also has a passion for singing and has worked with a number of prominent artists – including ‘Eric Clapton’, ‘Lee Scratch Perry’, ‘Courtney Pine’,’Peter Andre’ and ‘Terry Callier’. She has also written, recorded and performed her own music.

Lorna has a rich and smokey tone, capable of a range of accents from African to English RP.

To book Lorna for Voiceover work, contact Emma Harvey or Emma Donaghy on 02079524363 or email info@harveyvoices.co.uk. 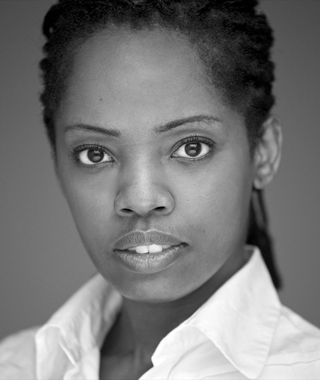