Last night brought the moment all ‘Coronation Street’ fans have been waiting for. We finally got to find out who kills Soap favourite Michelle Keegan’s character ‘Tina McIntyre’ and it was our very own Marc Baylis!

Marc joined the Corrie cast back in 2012 as ‘Rob Donovan’, the brother of ‘Corrie’ regular ‘Karla Connor’. He was quickly teamed up with his onscreen partner Kate Ford who plays the infamous ‘Tracy Barlow’ and the two have been scamming, scheming and creating general mischief on the cobbles of Weatherfield ever since.

Having taken on a joint business venture, ‘Barlow’s Buys’, the pair became involved with buying and selling stolen goods. Rob also briefly strayed from the relationship and shared a kiss with Tina which infuriated Tracey and led to an ongoing mutual hatred between the two ladies.

Meanwhile, Karla’s good for nothing, alcoholic, womanizing husband ‘Peter Barlow’ (also brother of Tracey, are you keeping up?) started an affair with the gorgeous yet naive Tina. When protective brother Rob found out he saw red.

Peter had also started to buckle with the pressures of Tina’s demands for them to move away together, leaving all three characters, Rob, Peter and Karla with motives.

I know Marc has had a great amount of fun playing the character of Rob over the past few months, he did tell ‘The Daily Mirror’ however that he’s relieved that the secret is finally out. You can watch an interview with Marc here.

Marc trained at ‘Mountview Academy of Theatre Arts’. He has a variety of stage and TV experience prior to joining the cast of Coronation Street including various roles on ‘Eastenders’, ‘Holloaks’, ‘Doctors’ and ‘The Bill. He also starred in the 2008 music video ‘Propane Nightmares’ for Australian drum and bass group ‘Pendulum’.

To book Marc for voiceover work contact Caz Shepherd or Emma Harvey on 0207 952 4361 or email: info@harveyvoices.co.uk 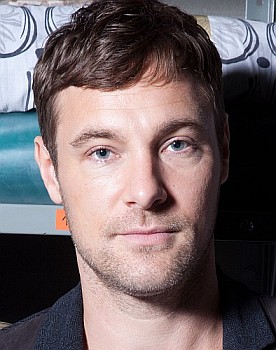