Matthew Durkan in The Man in the White Suit

Matthew Durkan will star alongside Stephen Mangan in the highly-anticipated West End production of The Man in the White Suit.

The show follows Sidney Stratton’s escapades after he invents a fabric that cannot be soiled or made dirty. He is soon faced with backlash as trade unions and manufacturers working in the textile industry fear for their jobs and form an angry mob. Headliners Stephen Mangan and Kara Tointon (as Sidney Stratton and Daphne Birnley respectively) will be joined by Richard Cordery, Richard Durden, Delroy Atkinson, Katie Bernstein, Ben Deery, Rina Fatania, Oliver Kaderbhai, Eugene McCoy, Elliott Rennie and Katherine Toy.

The play opens at the Wyndham Theatre in London on 27th September following a brief run at the Theatre Royal Bath on 5th September.

Matthew is known for his roles in ITV‘s Coronation Street and BBC Three‘s #HoodDocumentary and his many theatre appearances including Rosencrantz & Guildenstern Are Dead at The Old Vic. He has done voiceovers for various computer games, including Prince Villem, Thronebreaker: The Witcher Tales Battlefield V.

For more information about Matthew or to listen to his voiceover reel Click Here. 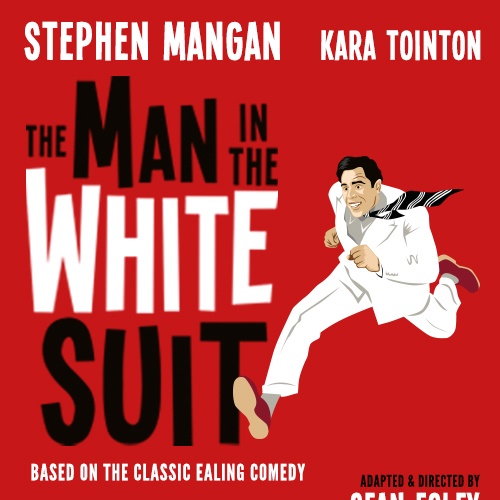