We are delighted to hear that Natalie Cassidy is set to return to ‘Eastenders’ full time as of January 2014. Enders favourite ‘Sonya Fowler’ was last seen on our screens in a one off episode back in 2011. Having been away from the show for seven years, Natalie can’t wait to get back to the square.

Natalie said: ‘After seven years being out of the show, apart from the odd episode, I am extremely excited and honoured to be making a full-time return. I feel so lucky as an actress to get back to my roots. – Metro Tuesday 15th October 2013

Eastenders is well known for it’s dramatic and controversial storylines, Natalie’s character Sonya was short of neither.  Sonya gave birth to her daughter Rebecca on the living room floor when she didn’t even know she was expecting a baby. (Sonya will be returning with 13 year old Rebecca)

Sonya then decided to put the baby up for adoption. The babies father Martin Fowler knocked down Sonya’s long term love Jamie, killing him and leaving Sonya devastated. In a shocking twist, Sonya then fell for Martin, regained custody of Rebecca and moved with the family to Manchester.

With her volatile relationship with Martin now over, Sonya will return to Albert Square with Rebecca in January 2014 where she will be reunited with onscreen mother Carol (Lindsey Coulson) and sister Bianca (Patsy Palmer)

We look forward to seeing what’s next for Sonya. We doubt it will be a quiet and drama free entrance! 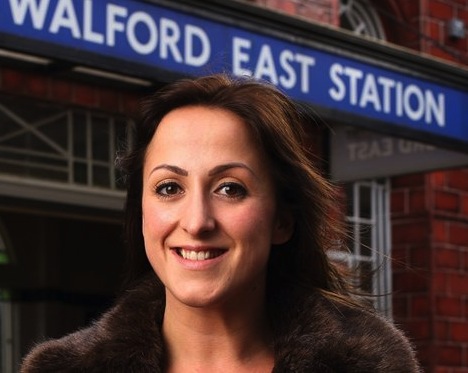