It’s an exciting time for one of our voiceover artists. Nick Rhys has flown to Lagos in Nigeria to shoot ‘October 1’, the next film from award winning filmmaker Kunie Afolayan.

Set in 1960 against the backdrop of Nigeria’s independence ‘October 1’ is said to be an action packed psychological thriller.

The movie produced by Afolayan’s Golden Effects production company was written by Tunde Babablola. Kunie Afolayan has previously won five awards for his work at the African Movie Academy Awards (2010).

In 2010 Nick was delighted to be awarded the part of Leo in BBC Scotland’s ‘River City’. Versatile Nick continues to work as an actor and voiceover artist and is available for work upon his return from filming in Africa on 14th August. 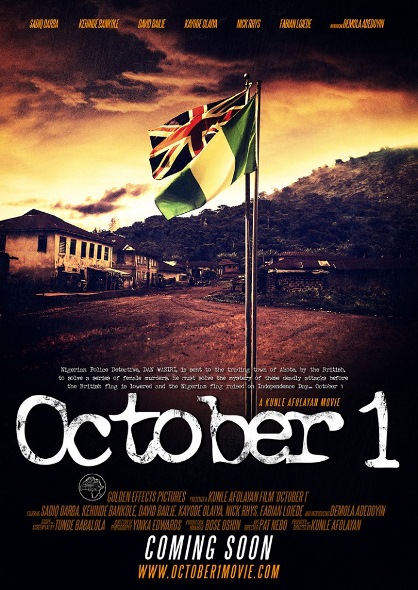