We are delighted to welcome Philip Labey to our books.

Philip is from Jersey and trained at the Guildford School of Acting where he won the Film and Television Award.

He played ‘Peter’ in ‘The Lion, The Witch & The Wardrobe’ for Rupert Goold and ‘Michael Fentiman’ in ‘Kensington Gardens’.

Other theatre credits include: ‘Sonny’ in ‘The Dark at the Top of the Stairs’ (Belgrade Theatre) ‘John Darling’ in ‘Peter Pan’ (New Vic Theatre); ‘Hamlet’ in ‘Hamlet’ (Cambridge Shakespeare Festival); ‘Tim’ in ‘Adam Lives in Theory’ (Finborough Theatre); ‘Dick’ in ‘The Famous Five’ (Tabard Theatre); ‘Ian’ in ‘Our Boys’ (Tabard Theatre).

He can be seen on screen as ‘Young Rimmer’ in ‘Red Dwarf’ (BBC), ‘Gary’ in ‘Doctors’ (BBC) ‘Luke’ in ‘Limbo’ for Jenx Films, ‘Under the Greenwood Tree’ (ITV) and the lead role of ‘George ‘in the award winning short film ‘An Outstanding Performer’.

Philip is experienced in Film, Theatre, Singing, Musical Theatre, ADR and Radio. We are confident he will make an excellent addition to Harvey Voices.

To book Philip for voiceover work contact Emma Harvey or Emma Donaghy on 02079524363 or email info@harveyvoices.co.uk. 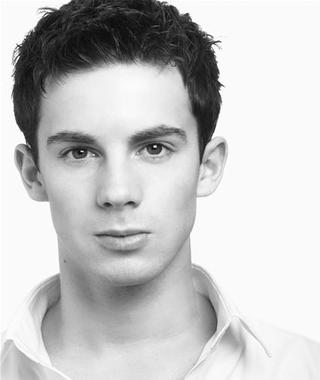