Redd Pepper: Voiceover of the Week

Redd Pepper’s story is a pretty special one. Redd was discovered back in 1996 when he was working as a train driver in London. He would often play harmless pranks on his passengers by saying spooky things into the microphone. One fateful day Redd’s tomfoolery was heard by a TV Executive who gave him his card and Redd has never looked back since.

He’s been with Harvey Voices for the past 7 years and in that time both Redd and ourselves have established strong relationships with dozens of production companies, clients and studios in the UK and around the world. We regularly work with ‘Disney’, ‘MTV’, ‘Sony’, ‘ITV’ and ‘BBC Radio 1’ to name but a few. Redd is well loved wherever he goes and is known for his professionalism, down to earth attitude, versatility and strong work ethic.

His voice is distinctive, memorable and powerful – it can really add that extra sparkle to a clients project whether it be a brand launch, an advertising campaign or a promo for a TV’s channel’s own content. A particularly good example of that would be this advert for ‘Volkswagen’ don’t you think?

With a similar style to the legendary Don La Fontaine, Redd’s voice has become infamous. We also have a number of requests for Redd to appear on popular TV shows. He was recently seen on episodes of  ‘Never Mind the Buzzcocks’ and Nick Grimshaw’s ‘Don’t Sweat the Small Stuff’.

Most people think of Redd as ‘The Movie Trailer Man’ which of course they are right to do, however, Redd is a versatile voiceover artist and can produce a range of accents from London to Cockney, Standard American to Caribbean and Jamaican. 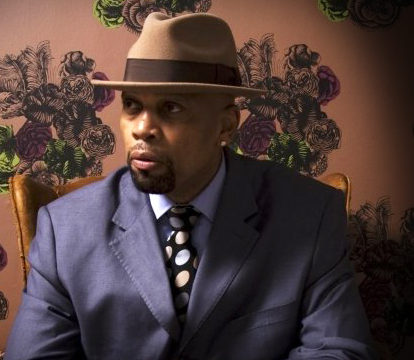