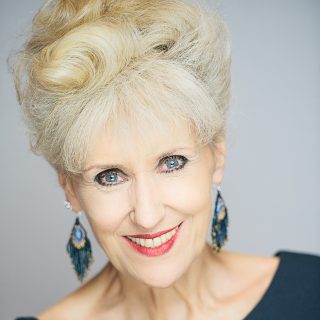 Bio : Anita has enjoyed a hugely successful career as an actress and singer, becoming well known in the 80's for her award winning role of 'Angie Watts' in 'Eastenders'. Her role as 'Nancy' in 'Frozen' at The National Theatre earned her a Best Actress nomination at the Olivier's and Evening Standard London Theatre Critic Awards. Other theatre roles include 'Chris Harper' in 'Calendar Girls' at The Noel Coward Theatre, 'Mamma Morton' in Chicago at The Adelphi and 'Mrs Meers' in 'Throughly Modern Millie' Anita has had two major cinema releases this year, playing 'June' in 'London Road' and 'Madge' in 'The Rise of the Krays'. Other recent credits include 'Mrs Hardcastle' in 'She Stoops To Conquer' at Theatre Royal Bath, 'Carnival of Animals' at Riverside Studios and 'Joan Crawford' in 'Bette and Joan' at The Arts Theatre London. Anita recently starred as Yente in the West End revival of 'Fiddler On The Roof' and Madame Morrible in the 10th Anniversary Performance Celebrations of 'Wicked' at The Apollo Theatre.

Description : Familiar, reassuring and down to earth, Anita's voice is warm, compassionate and soothing. London to neutral & RP accents. Wonderfully versatile and a true national treasure!