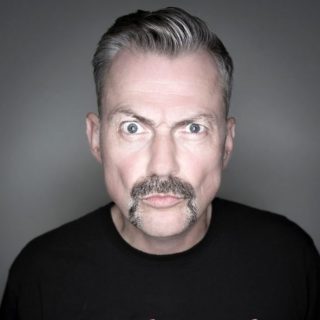 Bio : Ben has been performing comedy since 1993 and has developed an incredibly relaxed stage persona with an innate ability to improvise as well as deliver sharply crafted material. A regular favourite act and MC at London's famous 'Comedy Store' and part of the Tuesday night 'Cutting Edge' topical comedy team. Regular appearances on 'Mock the Week' (BBC), 'Never mind the Buzzcocks' (BBC), 'The Comedy Store' (Paramount). Ben also flexed his acting skills in a radio play called 'The last minutes' which was broadcast on BBC Radio 4 in February 2014, developed by 'The Comedian's Theatre Company'. In 2013 Ben toured as Ed Byrne's support act including a show at 'The Apollo', Hammersmith. He has written and performed three solo shows at The Edinburgh Festival: 'Sitting room only' , 'Mr Ambiguousness' and 'Benny on the loose'. He is the only father of triplets on the UK comedy circuit and Martin Freeman's cousin!

Description : Ben's voice ranges from soft and gentle to upbeat and natural but overall is friendly and conversational in tone. Down to earth with great comic timing and genuine funny bones.