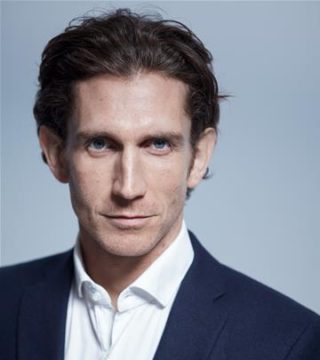 Bio: Charlie is a graduate of the Guildhall School of Music and Drama. Since leaving Drama School, Charlie has performed with Punchdrunk, Gardzienice, and in plays at the Gate Theatre, La Mama theatre in New York and Les Halles de Schaerbeek in Brussels. He was the lead in the BAFTA short listed short film “Watching” performing opposite Ian Hart, starred in the short film “Recalculating”, the debut of renowned BBDO London creatives Nathalie Turton and Lorelei Mathias, and featured in the short film 'At the Edge of Night' which was directed by Brandon Fayette, J.J. Abrams' right hand man at the production company Bad Robot. He has also recently starred in the Stella Artois/Wimbledon spot directed by garlanded director Andreas Nillson, produced by Mother, and a Lexus spot in the US directed by Douglas Avery.

Description: A gorgeously evocative voice! Clear and articulate with husky notes. Charlie's range can jump from friendly and matey to authorative with a smoky timbre and plenty of gravitas.