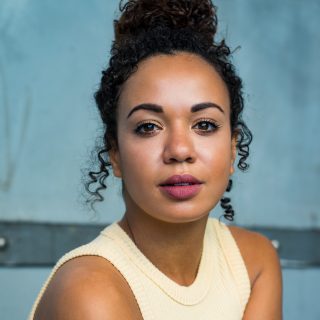 Bio : Courtney-Mae is currently appearing as Jennifer Parker in the Olivier nominated show 'Back To The Future - The Musical'. She has previously appeared in the critically acclaimed multi award winning show ‘Hamilton’ as Peggy Schuyler/Maria Reynolds. Other credits include ‘Kiss me Kate’ for the BBC proms at the Royal Albert Hall, ‘In the Heights’, ‘Barnum’ and ‘Strictly Ballroom'.