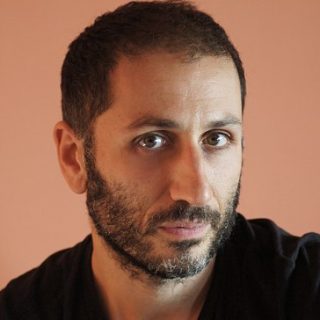 Bio : George trained at the prestigious Drama Centre London alongside Tom Hardy and Michael Fassbender. His recent TV credits include great roles in the biggest shows around including SEX EDUCATION, GAME OF THRONES, CARNIVAL ROW, HOMELAND, THE LAST SHIP, THE AMERICANS to name but a few! George also pops up in movies inc Mamma Mia, RED 2, 300:Rise of an Empire, The Mummy and Close. George recorded the BBC 4 radio play - 'A GREEK DRAMA’ playing the lead role of Greek Prime Minster Alexis Tsipras as well as the BBC drama award wining play A Tale of Two Cities: Aleppo and London. Video games include the character of PANTHEON in LEAGUE OF LEGIONS and TOM CLANCY’S THE DIVISION, ASSASSIN’S CREED ODYSSEY and TOTAL WAR SAGE: THE BATTLE OF BRITTANIA . He was the voice of radio and TV campaigns including Papa Johns Pizza and Villa Plus Holidays and TV commercials for Renault and Nokia.