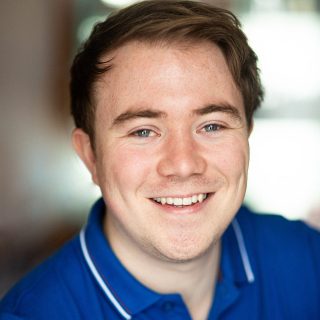 Bio : Jack is an actor and voice actor specialising in character voices for games and animation. Jack prides himself on a friendly, articulate and youthful quality in his natural voice and a versatile, colourful set of character voices. Jack plays Ulpius in Modern Storyteller’s highly acclaimed The Forgotten City, a host of the Sheriff of Nottingham’s guards in Hood: Outlaws & Legends, Dick Johnson/Henchman 697 in the Student BAFTA nominated CoVRt Operation and a handful of vibrant characters in Paul O’Grady’s children’s novel Eddie Albert & The Amazing Animal Gang. Originally from South Wales, Jack is now based in London and equipped with a home studio.

Description : Native Cardiff with a naturally bright, conversational and friendly tone. Jack's voice brings a lovely, organic RP to his English and Welsh but he can easily revert to his South Wales roots. With a good ear for accents and love of character voices, Jack will bring his intrinsic charm to any style voiceover.