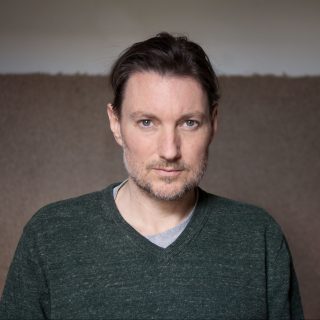 Bio : Jake Yapp is a broadcaster, comedian and musician, best known for his trademark Things In Two Minutes, as seen on Charlie Brooker's Weekly Wipe series on BBC2. Host of the Vegan Life Magazine podcast, he's a regular presenter of BBC Radio 4 Extra's Comedy Club, and frequently appears on Radio 4, from hosting Pick of the Week, to contributing sketches and songs to Broadcasting House and The Now Show, to creating his own series 'Jake Yapp's Media Circus' for the coveted 6.30 slot. For twelve years, he was the 'voice of Dave', voicing almost all of their promos and interstitials, and has also voiced promos for BBC television, and Disney Channel UK. He scripted and voiced 80 episodes of The Hurting, a clip show for Dave which the Guardian described as 'elevated beyond measure by Yapp’s full-frontal attack on the genre. The Hurting is honestly very funny, and I promise you’ll enjoy it far more than you’d ever want to.' He also makes a daily topical comedy podcast, called Not Today, Thank You, designed as an antidote to the Today Programme on Radio 4.

Description : Jake's voice is engaging, witty and comes with bags of energy, versatility and perfect comedic timing. Neutral, RP plus hundreds of character voices and accents.