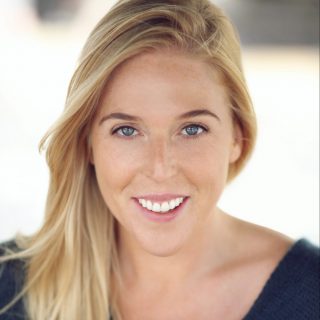 Bio : Louise is a London based actress, via Kent, Chicago and Surrey. She has played lead roles in the West End, to touring over a hundred leading UK Theatres. Her screen work includes 'Shelter' for which she was awarded 'Performance By An Actress' in New York, feature films; The Conspiracy, The Power of Three, Puritan and for TV; Eastenders (BBC) and playing Young Mae West (BBC). Her voiceover experience includes narration, audio drama, video game, ADR, radio and corporate, with recent projects for BP, the COP26 Summit and the video game Infinite Lagrange. Louise trained at Drama Centre (BA Acting) and studied theatre production at RADA. She has a strong theatrical and physical theatre background and a natural love for bringing life to all things character and story.

Description : Versatile, articulate, expressive, Louise brings natural strength, emotion and sincerity to her vocals. A hint of sultry husk and empathetic tone, she has a love for character voices and accents, always twinkling with playful aplenty.