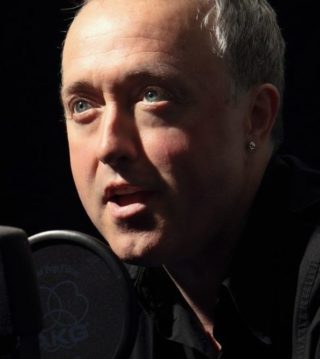 Bio : Best known as THE voice of 'BIG BROTHER'. Marcus's voice has featured on many TV programmes including BBC2's 'Have I got News for you?', and Channel 4's '8 out of ten cats'. Marcus' voice featured in Ricky Gervais' 'Extras', and his dulcet tones were chosen to be the voice of the prestigious BBC Proms! Marcus has developed and honed a rich and versatile narration style (The Guardian described his voice as being like 'melted caramel'!) which has been used for a great variety of documentaries, ranging from the Discovery channel's 'The Great Biker Roadshow', to Channel 5's 'The Academy'. Featured on many commercials to advertise products ranging from 'BT' to 'Locktite Supaglue', and from 'Fiat' to 'BP Garages'. Previously a Continuity Announcer at Channel Four introducing some of TVs most famous and interesting programmes into our homes LIVE! Marcus is a seasoned 'Voice of God' Announcer at awards ceremonies and events including 'The CRN Channel Awards' at Battersea Evolution, 'The North Lancashire Business Awards - The BIBAS' at Blackpool Tower Ball room, 'The UK Search Awards' at The Bloomsbury Big Top, London.

Description : Channel 4 loved the way he said, "Chickens" and 17 years later Marcus Bentley is instantly recognisable as THE voice of 'Big Brother'. His bold, Geordie delivery is now iconic and Marcus has one of the UK's most loved voices.