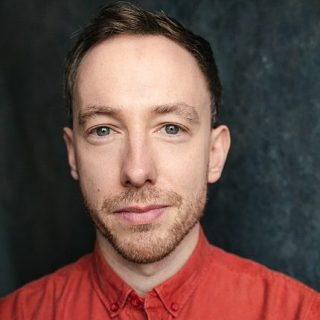 Bio : His theatre work includes shows at the National Theatre, Hampstead Theatre and in the West End, where he debuted in The Sunshine Boys alongside Danny Devito and Richard Griffiths. Film and TV credits include Summer of Rockets (BBC), Goodbye Christopher Robin (Fox Searchlight) and Belgravia (ITV), whilst his recent voice work includes campaigns for Cancer Research UK and Lidl. Nick is also a trained improviser and puppeteer. He grew up in the North East of England and is now based in London. You can follow him on twitter @NickBlakeley.

Description : Originally from the North East of England, Nick is now based in London with his own voiceover studio. His soft Geordie lilting accent sounds friendly and approachable plus he has plenty of versatility having worked in theatre roles in a Sheffield accent, West Country, General American and RP.