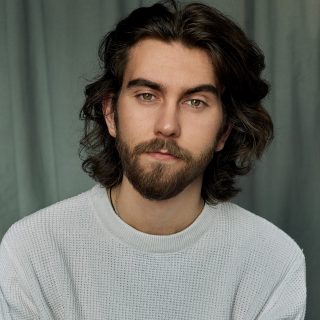 Bio : Ross was born in New Jersey, USA. He later moved to Johannesburg SA in 2005 and subsequently to the UK in 2019, where he now resides. Extensive travel between the US, UK, Europe and Africa gave Ross a fascination for accents and differing dialects. Whilst training in performance arts, he developed a passion for voice acting, furthering his love of accents. Ross studied voice with award winning South African music director, Rowan Bakker and gained his Grade 8 qualification and ACTL degree from Trinity Guildhall London. He trained with The Mocap Vaults and completed his UK Bare Arms Films Theatrical Firearms Course lvl1. Along with his stage and screen background, Ross has experience in voiceovers for, drama, corporates, audiobooks, live concerts and videogames.

Description : Ross has a bass to baritone vocal range with a deep, engaging, warm, conversational tone. His tri-citizenship and passion for dialects and accents brings a wonderful expressive and characterful versatility to any style voiceover. Trained in motion capture and theatrical firearms, Ross is also perfect for video games and mo-cap, especially at the magnificent height of 6ft 7in!