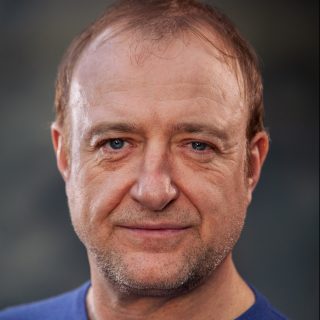 Bio : Tim is the well-known actor and voice artist, veteran of stage, screen and voiceover. Tim has played the audio Third Doctor Who to critical acclaim for several years and is a winner of the BBC Carleton Hobbs Award. An accomplished vocal artist with credits for the likes of BBC Radio Drama, Big Finish and Games Workshop, Tim voiced Humphrey The Whale in the Hollywood blockbuster, 'Dolittle'. Trained at LAMDA and has performed on Broadway, at the National Theatre, Royal Shakespeare Company, Brooklyn Academy of Music and was nominated for Best Actor in 'Birdsong'. Screen credits include; 'Maleficent', '100 Streets', 'Why Didn’t They Ask Evans' (Mammoth Screen), 'Doctors' (BBC), 'Grace' (ITV), Call The Midwife (BBC) and many more. Tim is an experienced Mo-Cap performer, has an approved home studio and has been a dialect coach for Robert Downey Jr.