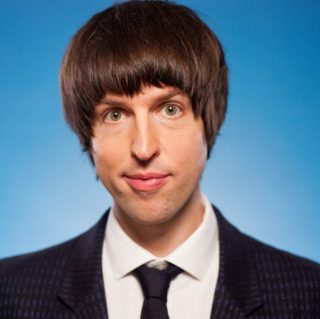 Bio : Tom has been a voice-over and stand up comedian for 8 years. In 2018/19 he starred in the Wrigley's Extra 'In my personal space' viral videos, interviewing celebs such as 'Love Island's' Jack Fincham, Raleigh Ritchie (Grey Worm from 'Game of Thrones') and Jamie Laing from 'Made in Chelsea'. He currently narrates Yesterday TV's biggest show: 'Abandoned Engineering', now in its third series, and has been a regular on Channel 5 documentaries such as 'America's Deadliest Prisons', 'Killer Landslides' and the rather more chastening series on World War I. His voice has also been heard in recent times on ads for Marvel Comics, Waitrose and Harvey Water! In his comedy he won 'Best Newcomer' at the prestigious Chortle Awards 2017, has had 5* reviews for all three of his solo shows at Edinburgh and in 2018 supported Joe Lycett on tour. In the last 12 months he has also been on Comedy Central's 'Roast Battle' and 'Stand Up Central'.

Description : A comedian with many voices and many talents. His voice is smooth, sincere, authoritative, engaging and everything else in between. London based with home studio available.