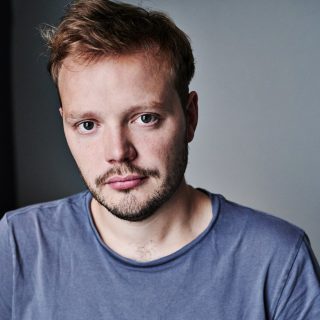 Bio : Will’s television credits include 'Unforgotten' (ITV), 'Call the Midwife' (BBC), 'Midsomer Murders' (ITV), 'Doctor Who' (BBC), 'The B@it' (Channel 4) and 'The Nevers' (HBO). In 2022, he will be seen in the critically acclaimed BBC show 'The Outlaws'. In 2018, Will made his theatrical debut in 'The Duchess of Malfi' and 'The Fantastic Follies of Mrs Rich' for the RSC. For a number of years, Will was the voice of 'Tractor Ted' (Apple TV). Commercially, he has appeared on campaigns for 'MatchPint' and 'Unscriptd'. For the video game 'Warhammer : Total War', he played a Wood Elf Waystalker and a Strighoi Ghoul. He has also featured in the Audible original drama 'Dodge and Twist' and in the hilarious BBC radio comedy 'The Pin at Home'. Will is London based and trained at the Bristol Old Vic Theatre School.

Description : Will has natural charm and warmth with a lovely rich, clear, conversational tone. Expressive and characterful, he also has a good ear for accents, voices and a wonderful penchant for comedy!