Voiceover of the Week: Nicki Chapman

The soothing voice of Nicki Chapman oozes with charm, sophistication and credibility which makes her a natural choice for informative, medical and reality based TV programmes and campaigns.

With a neutral, Kent based accent Nicki can produce an excellent, straight, articulate read. Her distinct voice is inviting, friendly and reassuring.

Nicki is well known for working in the British pop music industry. She appeared as a judge on popular reality TV show ‘Popstars’ and then once more as a judge on ‘Pop Idol’ with Simon Cowell.

Talented Nikki has developed a career in TV presenting as well as working as a PR Agent and TV talent show judge.

She currently hosts a number of television programmes including ‘Wanted Down Under’ ‘Escape to the Country’  for the BBC. Nicki also hosts ‘The RHS Chelsea Flower Show’ as well as presenting on BBC Radio 2.

Nicki’s past credits include Peter Kay’s ‘Britain’s Got The Pop Factor And Possibly A New Celebrity Jesus Christ Superstar Strictly On Ice’ ‘The Talent Show Story’ ‘Holiday’s at Home’ and ‘Soapstar Superchef’.

Nicki brings a natural warmth to her work. Her energetic tone makes Nicki one of television’s most sought after lifestyle presenters. To book Nicki for voiceover work contact Emma Harvey or Caz Shepherd on 020 7952 4361 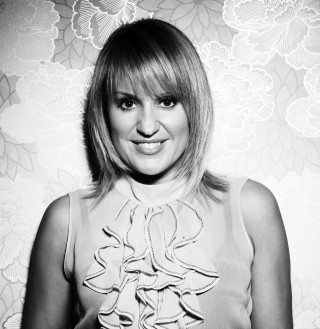