Ben is a highly experienced and successful stand up comic, he has been performing since 1993 and currently has a regular spot at The Comedy Store in Piccadilly Circus.

Ben’s voice ranges from soft and gentle to upbeat and natural but overall is friendly and conversational in tone. He has voiced campaigns for Carling, B&Q, Harvey Furniture and Emirates, to name a few.

Ben’s TV credits include, ‘The Comedy Store’ (Open mike),  ‘Never Mind the Buzzcocks’, ‘Mock the Week’ and ‘They think it’s all over’. He was the warm-up act for the 7th series of ‘Mock the Week’ and had to stand in for Frankie Boyle during an episode.

Ben has developed an incredibly relaxed stage persona with an innate ability to improvise as well as deliver sharply crafted material. He has performed at comedy festivals the world over and has a wealth of experience in the tricky art of TV warm-up. More recently, Ben has excelled at presenting many high profile corporate events and award ceremonies.

To read more about Ben at his official website here.

To book tickets for his upcoming shows click here.

Voiceover Trivia: Ben has 7 year old triplets and is the cousin of Martin Freeman

Press Quotes for Ben include:

“…an acerbic attitude, a well-stocked arsenal of sharp lines and the wherewithal to work any crowd make Norris one of the more engaging and enjoyable comics on the circuit” -Chortle

“…one of the comedy circuits best improvisers” – Daily Mirror 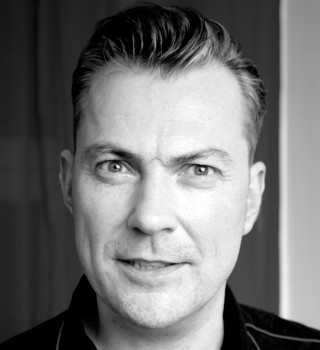