Voicover of the Week: George Takei

To celebrate the release of ‘Star Trek Into Darkness’, the latest film in the ‘Star Trek’ series, we have chosen the velvety voice of the fabulous George Takei as our voiceover of the week.  George is known as a ‘Star Trek’ veteran having played the character of ‘Hikaru Sulu’ in the TV series and the first six ‘Star Trek’ feature films.

Although George is well known for his role in ‘Star Trek’, he has had a varied acting career. George’s credits include films, theatre, radio and television. Having appeared in the reality TV series ‘I’m a Celebrity Get Me Out Of Here’ back in 2008 George gained a whole new generation of fans. In 2012, technology savvy George released his book ‘Oh Myyy! There Goes The Internet’, a witty, thoughtful and honest account of George’s experiences with social media. You can read George’s blog on his website.

George is also known for his for his charity work. The caring LGBT rights activist has openly spoken out in support of the gay community.

To book George for voiceover work contact Emma Harvey or Caroline Shepherd on 02079524361 or email info@harveyvoices.co.uk 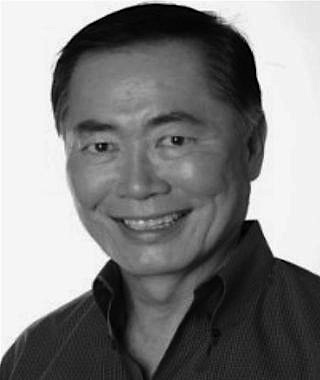